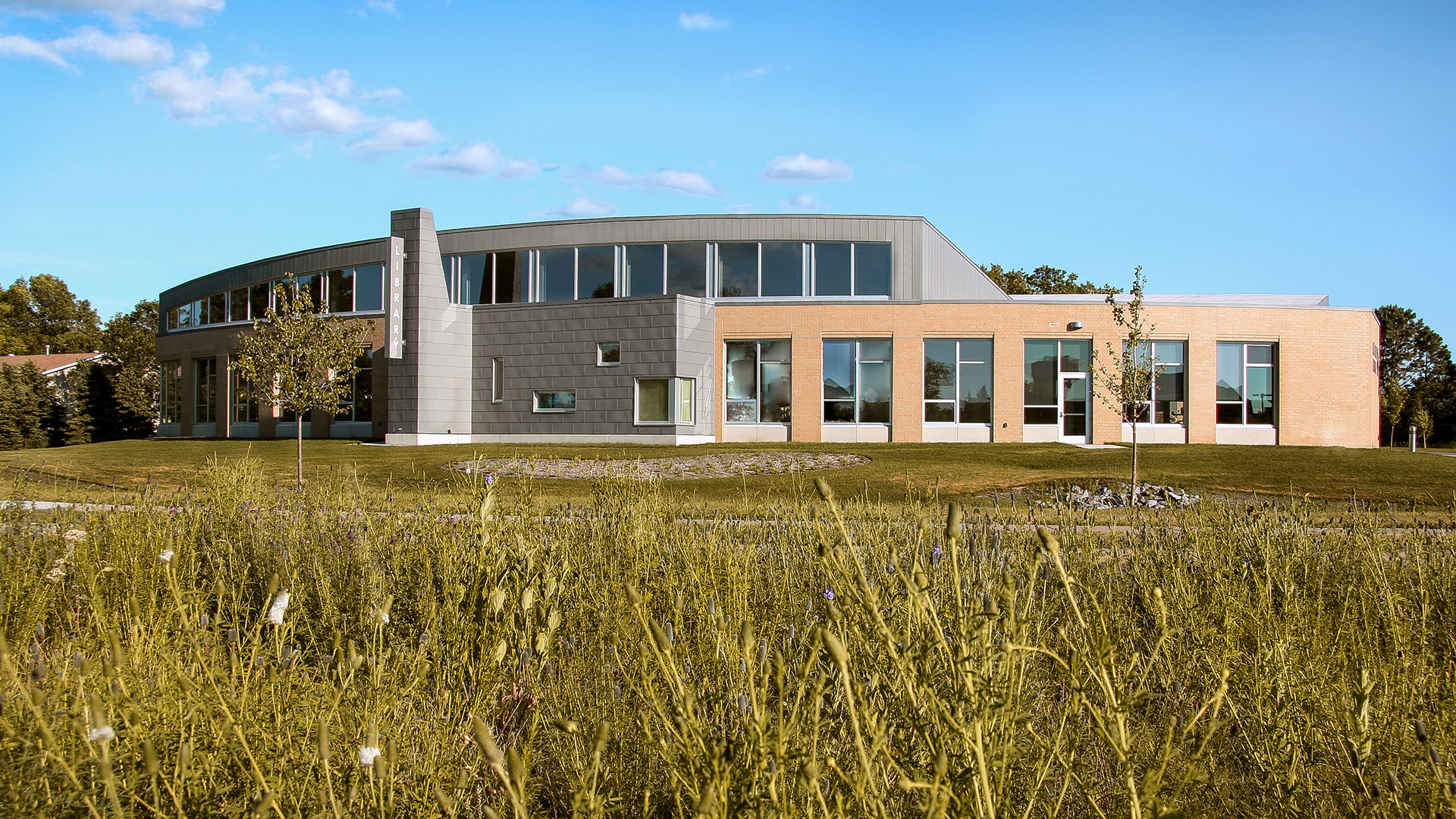 Completed in October of 2007, the Elk River library is the flagship for the city’s commitment to sustainability, part of the commitment it made when it won the competition to become the Minnesota Environmental Initiative “energy city” in 1997. The building’s LEED gold certification recognizes the many sustainable features incorporated into the design. Compared to a building built to code, 61.2% less energy is consumed, according to an outside energy consultant. A geothermal heat exchange draws on the constant temperature of the ground to minimize the use of heating, while light and occupancy sensors save artificial lighting for when it is needed. The location of the library connects to many roadways and paths, encouraging walking, biking, and bussing. The four acre site is 50% green space, with four rain gardens planted with native flora that save on irrigation and retain runoff, preserving the nearby bodies of water.

*Completed in Prior Association
YEAR 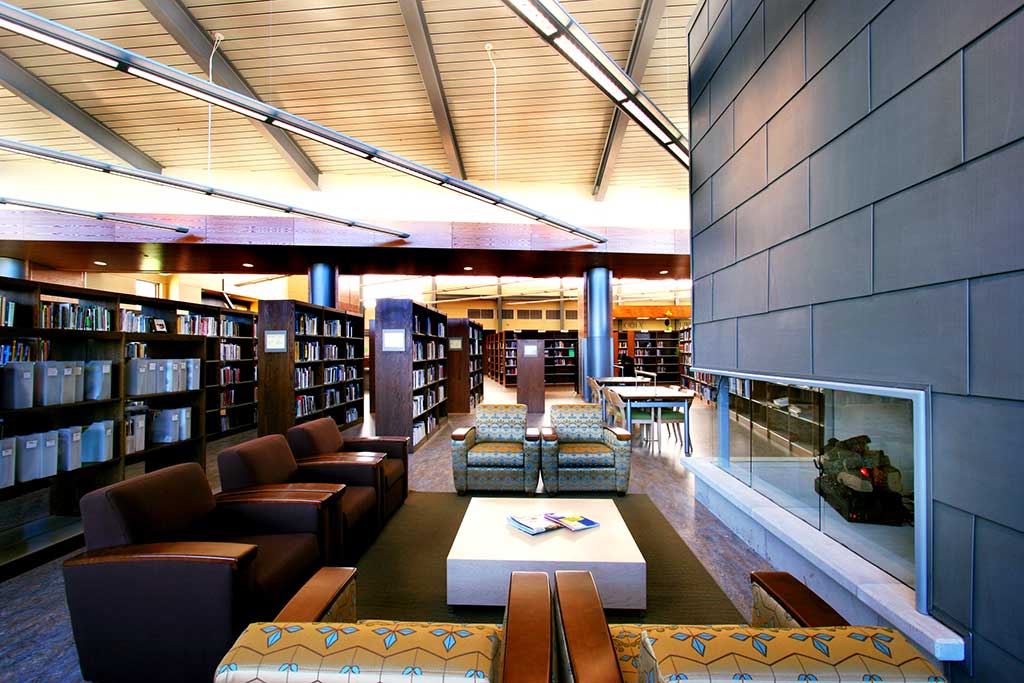 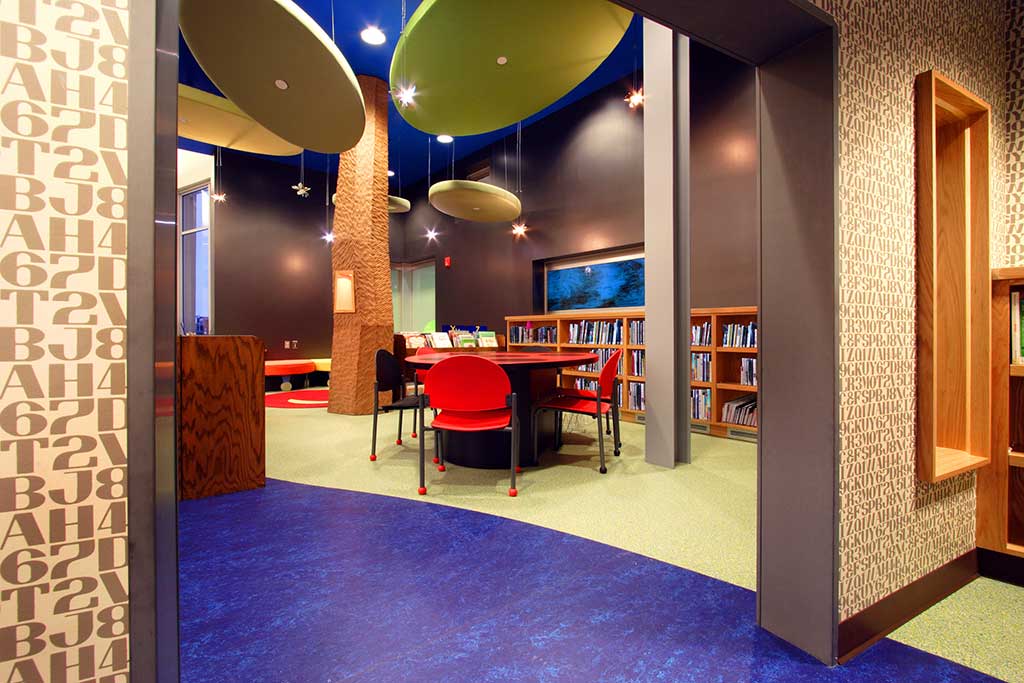 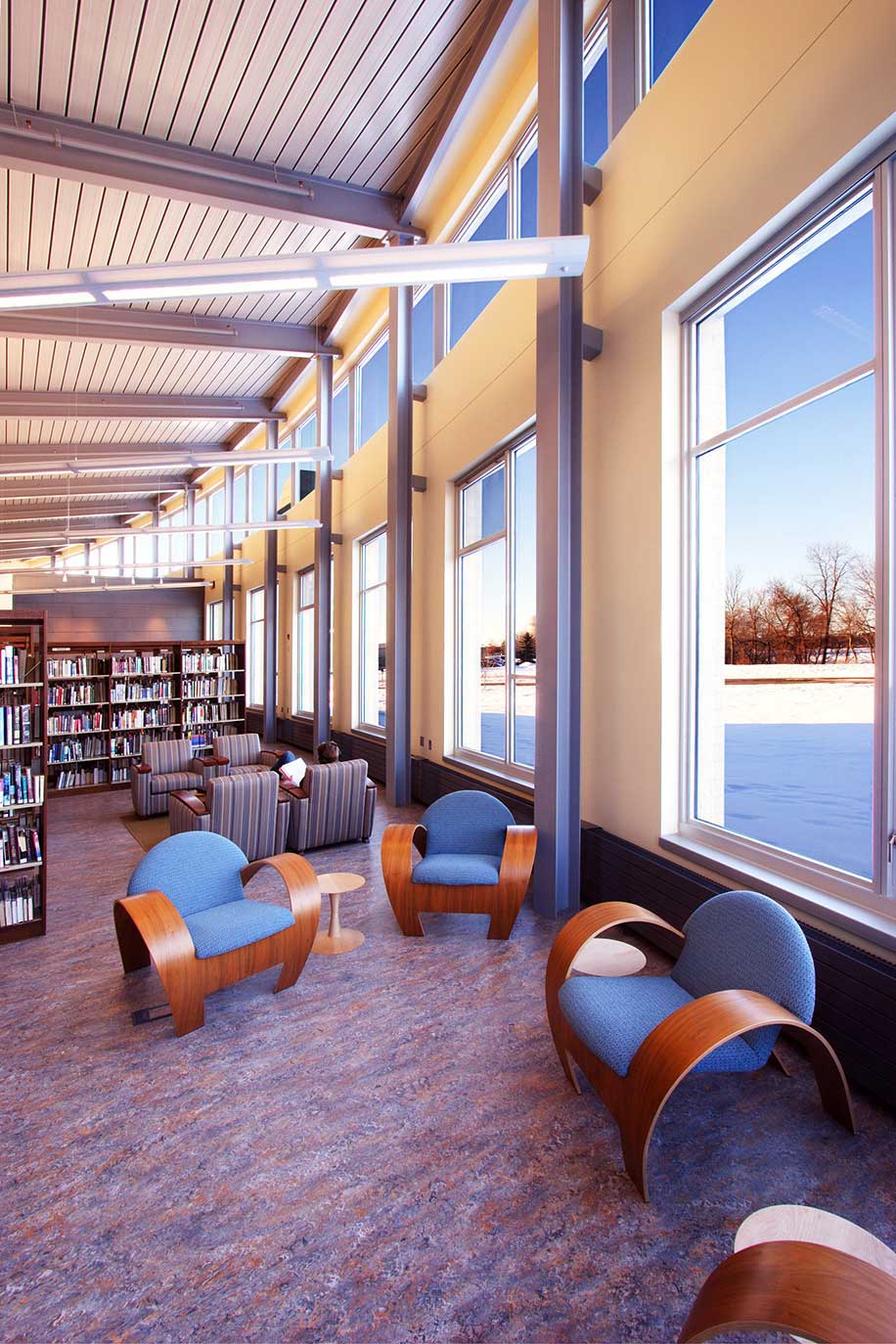 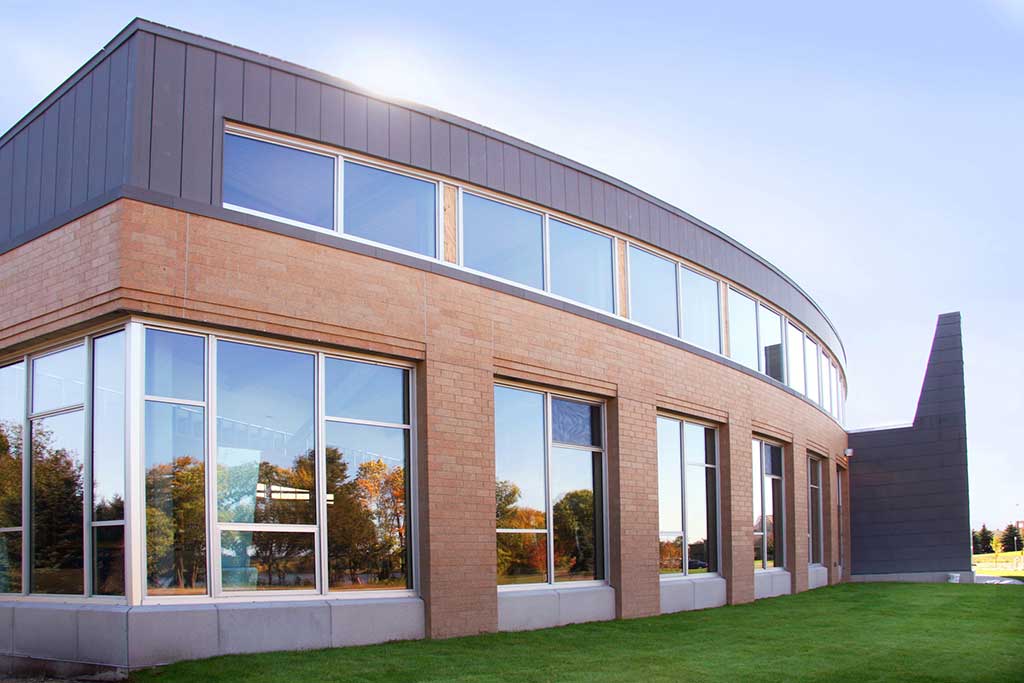